The Canadian Trucker Freedom Protest has been an event of the century — fed up with forced vaccine mandates to cross the US-Canadian border, Canadian truckers began a freedom convoy to Ottawa. From there things dominoed — with truckers from all over Canada joining them and setting up protests in several other key areas of the country, the farmers joining them, and then truckers in Australia and all over Europe (Germany, France, Austria, Italy, etc) creating their own freedom convoys.

Initially, Canadian Prime Minister Justin Trudeau called the truckers a “small, fringe minority.” Despite the fact that millions were turning out to protest.

By February 17, Trudeau announced a national emergency and invoked emergency powers, issuing in a totalitarian state that allowed him to send in the military police to arrest the truckers.

By the first weekend, $11 million had been donated to the truckers via GoFundMe — but GoFundMe then announced it considered the truckers an anarchist group and was freezing the money — initially requiring donors to fill in a form to get their money back, and announcing they would give any money not returned to a charity of their choice. After a huge backlash, GoFundMe announced they would automatically return donor money.

Donors then gave money to GiveSendGo — and within a week close to $10 million had been raised there. But then the Canadian Government announced that it was illegal to give anything to the truckers, who they labeled a terrorist group, and it would freeze any money donated to them via GiveSendGo, and also freeze bank accounts of donors. A few days later in mid February, an anonymous technical force broke into GiveSendGo and stole the donor list. Within days, the main-stream propaganda media published the donor list, doxing all donors.

Key Tweets As History Is Written in Front of Us

Here are key tweets that show the Canadians coming out by the millions to support the truckers:

Canadian trucker part of the freedom convoy shares a video of supporters cheering them on in Langley, BC, Canada.

The truck convoy is making its way to Ottawa to partake in a protest next weekend against mandates. pic.twitter.com/O8ppz1ZB5T

The people joined at overpasses:

Supporters of the freedom trucker convoy making its way to Ottawa for next weekend's protest against mandates near Langley, BC, Canada. pic.twitter.com/Uc73nnwdC6

#Canada #TruckersForFreedom
The people stand with Truckers NOT Trudeau pic.twitter.com/VwLcxPPDLh 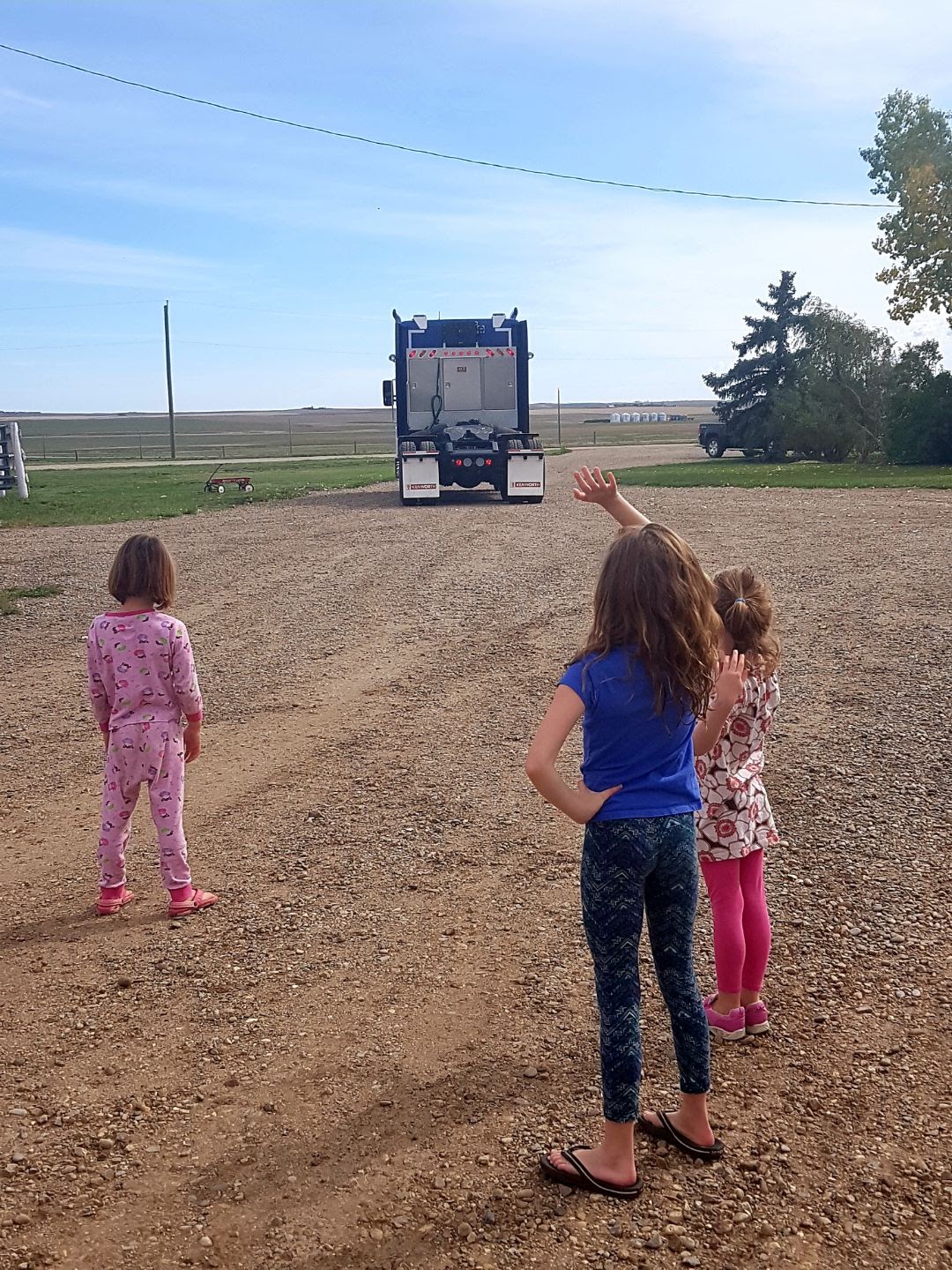 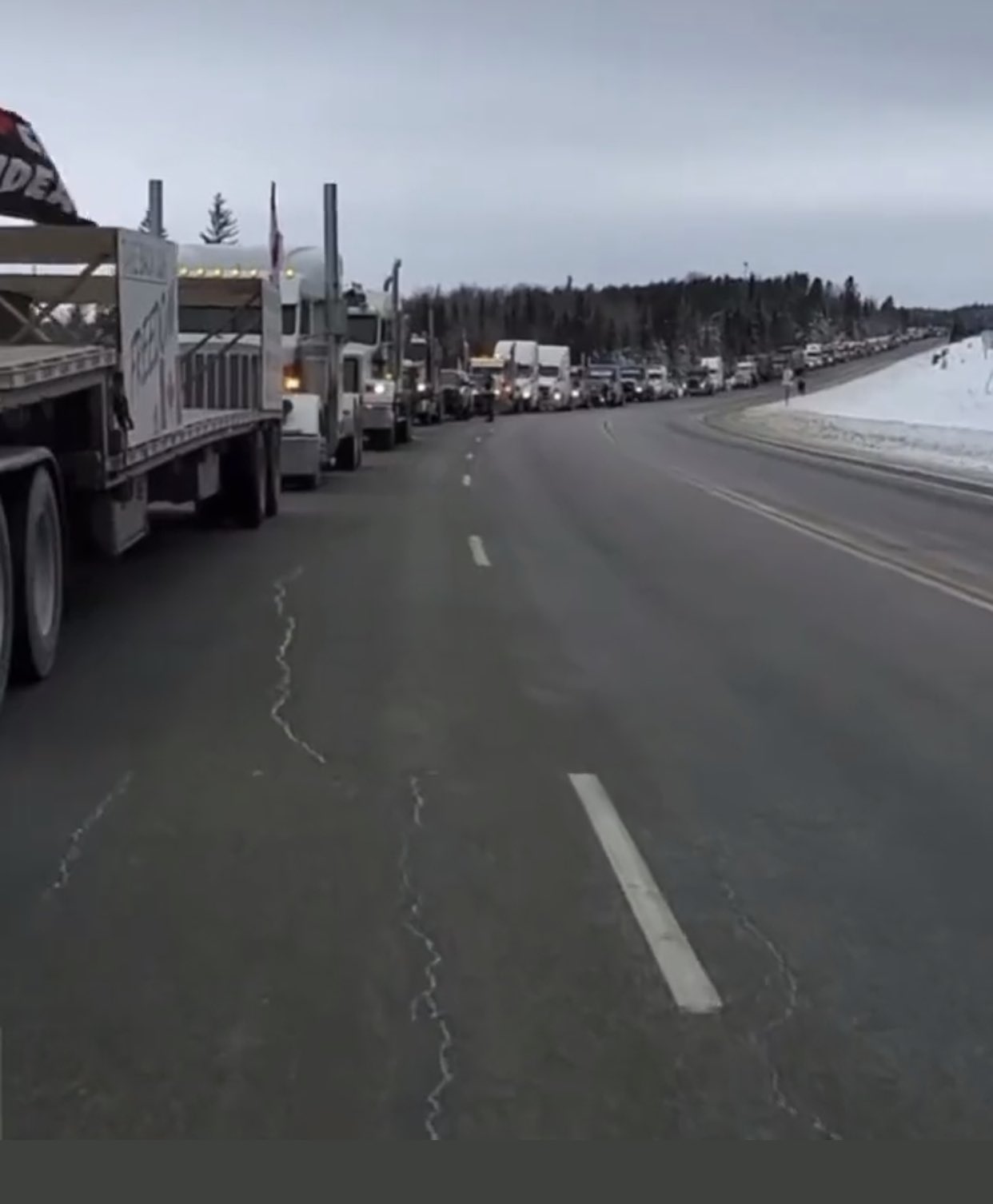 Canadian Trucker asked “How long will you stay in Ottawa?”

His answer is pure 🔥🔥🔥pic.twitter.com/MyMfSk5yvJ

At one point everyone across the globe wanted to be in Canada — Ottawa to be exact:

This is the Canada I know and love! pic.twitter.com/XufSo3YjdA

I have intel for the intelligence on these dangerous extremists. Please get this to the proper authorities pic.twitter.com/sfpvZjAtgZ 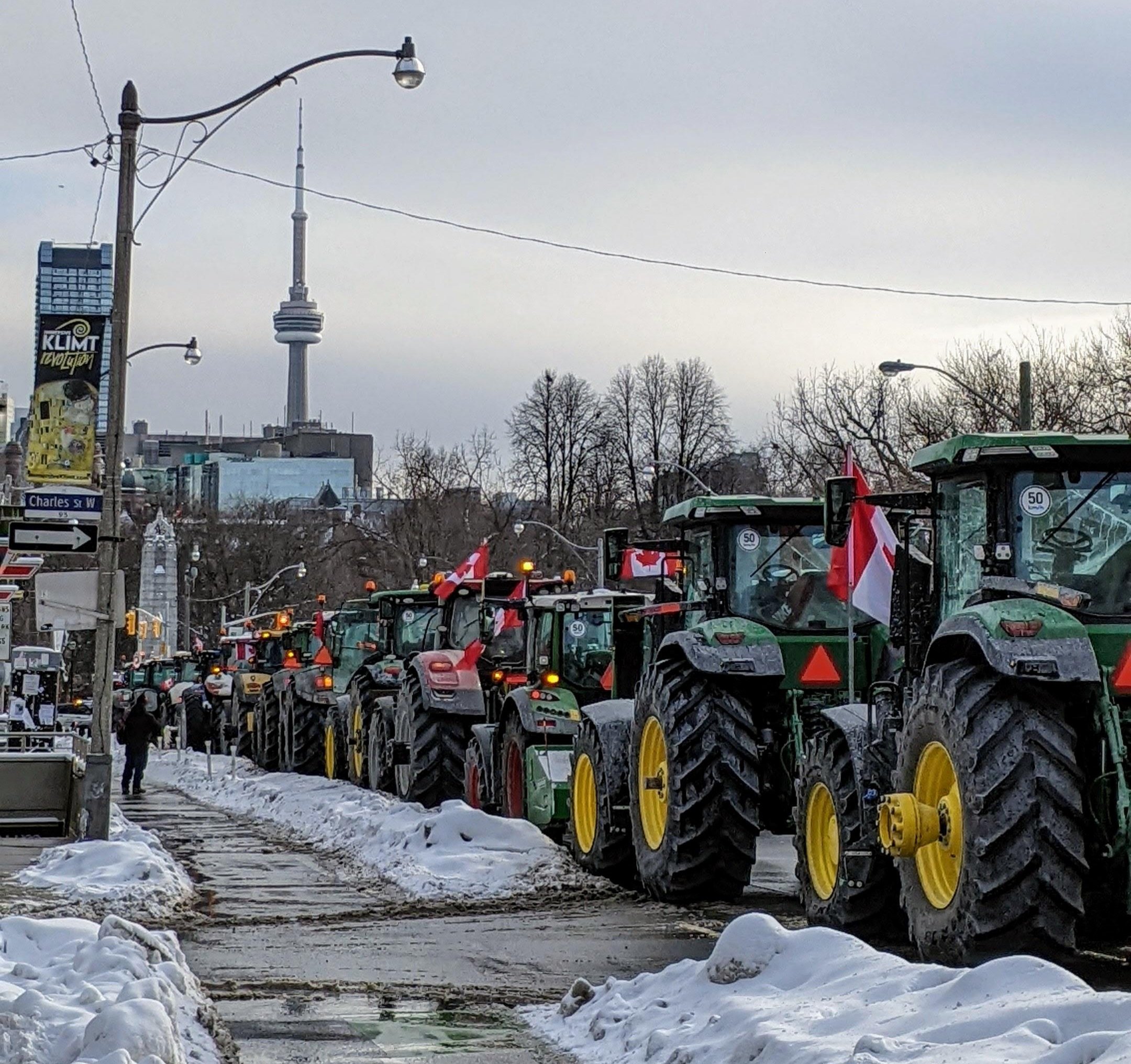 Just outside Coutts, Alberta where thousands of protesters are being prevented by RCMP from joining the rest of the #TruckersForFreedom2022 convoy. People have been camping here for days, and say that they won’t leave until all restrictions are abolished. https://t.co/Apz9xO8v9h pic.twitter.com/s2RyarZLB3

People are making their way to Quebec City to join the Quebec Freedom Convoy.

Today, places all over Canada will be having convoys like Ottawa’s. pic.twitter.com/3OJ7oFLgeK

Here’s the fringe minority honking for freedom in Toronto https://t.co/jUMARsiCfa

Tensions grow in Toronto at the #FreedomConvoy2022 https://t.co/eHwQe3dc5g

GOOSEBUMPS: supporters in Milk River stuck behind a RCMP checkpoint that blocks off Coutts, where truckers were blocking the border in protest of mandates, sing the national anthem.

Freedom rally in February 👊
Only in Canada 🇨🇦 pic.twitter.com/BdVwSvLWNo

Some truck convoy protestors seem stunned at this display of force, presence of carbine rifles. I will say I did not see police lay hands on anyone. No arrests here- just fuel seizure pic.twitter.com/4robjohvir

The seizures begin. Some drivers may get cold tonight. pic.twitter.com/2MOP7IXpT0

Trucker Trying to Feed His Kids

“I’m planted here. I’ve got nothing left after this, he’s taken my whole life away…. I can’t afford to eat…. I have a kid I can’t feed” trucker from Calgary. 🍁🇨🇦 pic.twitter.com/q4ZPXV7OYe

Farmers🚜take over the world 🌎 & protest the draconic mandates. Police forces gives no press release. This is bad for PR but good for us. Thank you all for your love & together in unity we shall succeed.#FreedomConvoy2022 #FarmersProtest #Canada pic.twitter.com/tKAWvhlVNh

The Ambassador Bridge between Detroit, MI and Windsor, ON shut down by a trucker convoy blockade.pic.twitter.com/OxscOpcXfc