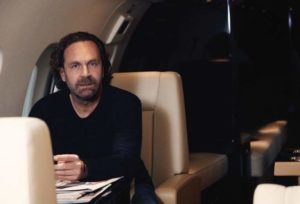 Thomas Flohr was born in Switzerland in 1960. When he graduated college, he applied for flight training at Lufthansa in Hamburg. They turned him down.

In 1985 he began a career in finance for technology firm Comdisco. In 1995 he was promoted to president of their European division, and in 1999, he was appointed as president of Comdisco’s worldwide asset finance division.

In the aftermath of September 11, 2001 —  when the private Jet airplane industry took a big hit — Flohr bought his own airplane at a very discounted price.

A year later in 2004 he placed his plane with a small local operator, and it was chartered out within two months, making it self-financing.

An Idea was Born

This prompted Flour to buy a 2nd, bigger plane, and in 3 months it was up and flying 100 hours per month.

Flohr performed a financial analysis of the private jet industry, and found that most private jets for hire were owner-operated, and available for hire only when not in use by the owner.

And so he sensed an opportunity — create a company that offered private jet travel that was not subject to owner availability. He called the company Air Executive and founded it in 2004, with a fleet of 3 planes, and availability across Europe.

Expansion and a “Luxury Brand”

In 2008 Air Executive acquired Bombardier Skyjet International — the executive aircraft charter program of the airline manufacturer, which gave the company Skyjet’s bases in Farnborough, Dubai, and Hong Kong. The company also placed an order for 35 Bombardier business jets, for $1.2 Billion.

Flohr then went about having the aircraft cabins redesigned for luxury, and renamed the company VistaJet — a luxury brand. 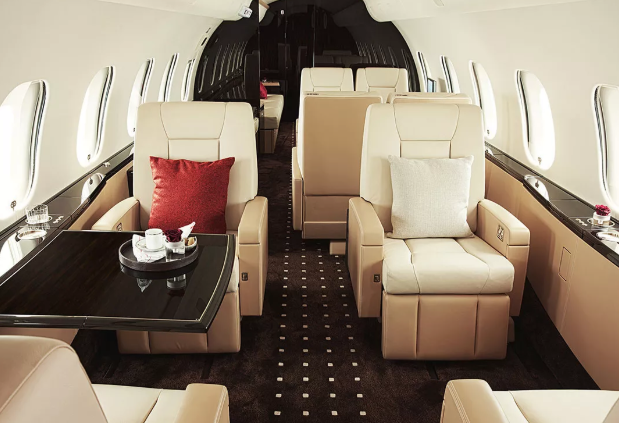 Today, the company flies government, corporate, and private clients between any two points, with “go-anywhere any-time” service, with a “pay for hours flown” fare structure, flying to destinations on demand rather than as part of a scheduled route. VistaJet owns its own jets that are hired out to clients at an hourly rate rather than leased.

Today, as of this writing, VistaJet owns 72 jets and a helicopter.

The Art of Flying

Here is an interview with Thomas Flohr by the Wall Street Journal: