Steve Marriott was one of the greatest figures in Rock History, yet is completely unknown to many rock fans — even fans who have spent their lives listening to Led Zeppelin, Pink Floyd, the DOORS, the Rolling Stones, etc.

Marriott was Jimmy Page and Robert Plant rolled into one. In fact Led Zeppelin created their style based on Steve Marriott’s style in The Small Faces and Humble Pie.

In Humble Pie, Steve Marriott moved over from lead guitar to let an 18-year-old Peter Frampton take that role.

Later, Humble Pie’s manager Dee Anthony — who had heavy ties to the Gambino Crime family — allegedly stole money from the band to start the Peter Frampton solo project. When Marriott accused Anthony of doing so — he was summoned to meet with Paul Castelano, John Gotti, and the Gambino’s to drop it; he did.

In the 1960’s, Steve Marriott was an often-photographed, leading symbol of The Mod Generation.

His story is amazing. Just as amazing is the fact that Marriott ISN’T a household name as much as his contemporaries — many of whom he was head and shoulders over talent wise.

If you know who Kurt Cobain is, you had better know who Steve Marriott is.

Sadly, Marriott passed away in a fire at his home in 1991. His wikipedia page tells it all — but here is his story with video highlights:

According to Marriott’s long Wikipedia page, Ozzy Osborne ranked Marriott as the 4th best rock voice of all time. Here’s Marriott singing “For Your Love” with Humble Pie. Note that Peter Frampton does excellent guitar work on lead guitar in this performance, and the cameraman does a horrible job — rarely showing Frampton and instead focusing on bass player/rhythm guitarist Greg Ridley.

It is strongly recommended you click on the link because the performance is terrific — Beat Club doesn’t allow their videos to play in stream in an article:

Here is Steve Marriott on lead guitar in 1985:

Here is Steve Marriott with The Small Faces, singing and playing guitar on Tin Soldier, with P.P. Arnold guesting as backing vocal. The Small Faces had Ronnie Lane on bass. This performance is dubbed — what they did on live television in those days.

Led Zeppelin copied Humble Pie’s style, and it’s said Jimmy Page sought out a lead singer (Robert Plant) who sang like Steve Marriott. Ironically, Robert Plant was a fan of The Small Faces and was a regular at their early gigs — where he also ran small errands for them. 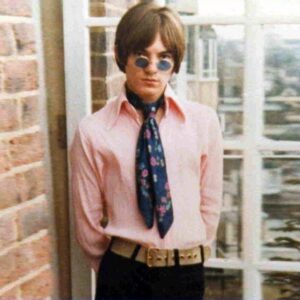 Steve Marriott was an often-photographed icon of the Mod Generation when he was with The Small Faces. The Small Faces appeared in the film “Deadline Diamonds” in 1966 with Kiki Dee.

“Deadline Diamonds” was a “pop and cop” genre of film — a popular concept in the UK during the early 1960s to highlight new groups and their upcoming albums; see The Beatles “Hard Day’s Night”, “Help”, and “Yellow Submarine”.

“Deadline Diamonds” was supposed to promote The Small Faces new single “I’ve Got Mine”, but the movie’s release was delayed and the song did not receive needed publicity in time — it failed to chart.

Was Steve Marriott ahead of his time? He set the time. Created the template. Here he is in The Small Faces on lead guitar and vocal again:

6. A Victim of Mob Control of Music Industry

The story of Steve Marriott includes being a victim of mob control of the music industry through band managers — in Marriott’s case, Humble Pie manager Dee Anthony, whom Marriott accused of stealing money from the band to start the Peter Frampton solo project. Dee Anthony had heavy ties to the mob, and when Marriott argued with him, he was ordered to a meeting at the Ravenite Social Club on Mulberry Street in New York’s Little Italy district, where he as told by John Gotti, Paul Castelano, and the Gambino’s to drop it. He did.

Marriott had drinking problems the last 20 years of his life. Sadly he died in a house fire in 1991, at his 16th Century cottage in England, possibly due to a lit cigarette while he fell asleep exhausted from a trip he had just taken from the US.

Powerpop has a great article on Steve Marriott; in it, at the end, they provide some quotes of famous artists on Steve: 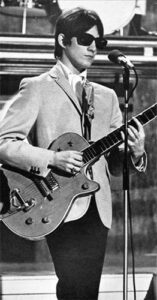 Paul Rodgers of Bad Company: “I was rooting around in my cupboard the other day, actually, just yesterday, and I found a bunch of Steve Marriott live stuff and I put it on and MY GOD, that guy was unbelievable!“

According to Powerpop, Keith Richards has said that Marriott is in his top 5 favorite artists and considered having Marriott in the Rolling Stones to replace Mick Taylor when he left; an idea that Mick Jagger rejected.

Confer Plastics and the American Dream

While Ben didn’t listen, Ray Confer did & built Confer Plastics in North Tonawanda NY; along the way inventing: the living hinge (used on millions of tool cases), and the flexible fuel funnel (found in […]