There was a time, growing up in New York City in the seventies and eighties, that I had had enough of graffiti. There was the occasional fantastic mural covering a subway car in its entirety; as a kid I looked forward to when one of those cars would roll forth as a train came into a subway platform. But for the most part — 99 percent of the time — the graffiti that engulfed subway cars was ugly and narcissistic; unintelligent markings spray-painted down by kids who were only saying “look at me”. Then came the scratch graffiti; really ugly and desperate. When Rudy Guiliani cleaned up NYC in the nineties, and money started pouring in, graffiti, the mark of decadence, was beaten back and largely disappeared from view in Manhattan.

I miss it. As much as it is a sign of decadence and “look at me”, it’s a sign of free speech and creativity dating back to Roman times. People need to express themselves, and if they don’t have the ability to in the power structures of the professional press, they’ll find other outlets. Graffiti is the mark of a city thriving in free expressionism, versus that of one dragged down by gentrification, exclusiveness, expensive boutiques, and $3,000 monthly rents. And as everyone seems clued into these days, as much as the internet allows freedom of expression, there’s nothing like getting your message across on the streets. Billboards are expensive. Graffiti is free.

The following pictures were taken in January, 2007 at the corner of Spring Street and Elizabeth Street in NYC. This is the Candle Building — erstwhile known as the Graffiti Building. The building was a focal point for public street art and graffiti for years, as artists from from all over the world came to add to its canvas for years as it lie vacant.

At the bottom of the page are pictures of this building as it appears in January 2009, after the building was finally sold and converted into condominiums, and the graffiti removed. You decide which look you prefer. 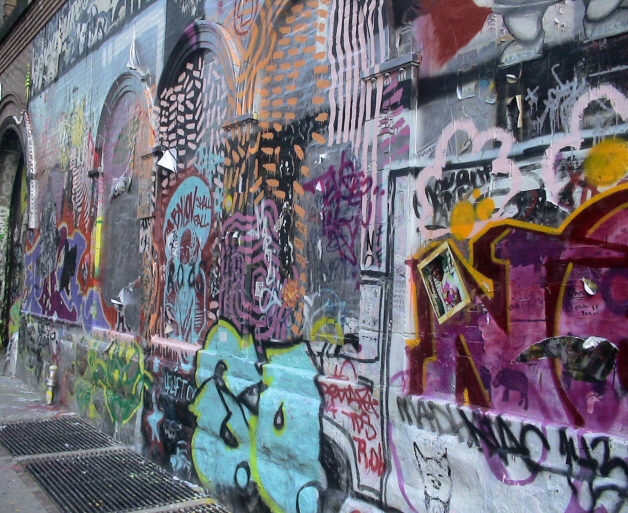 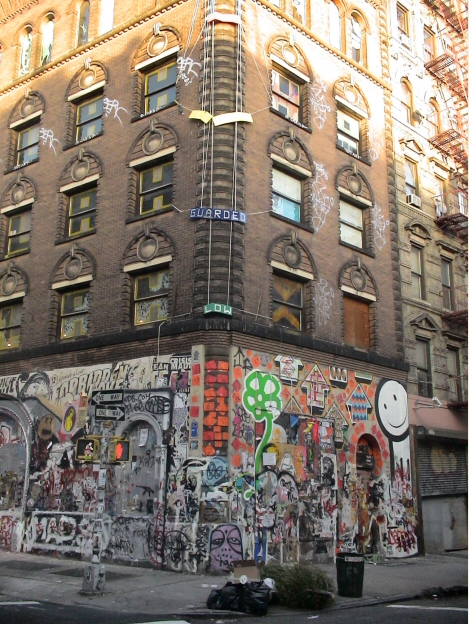 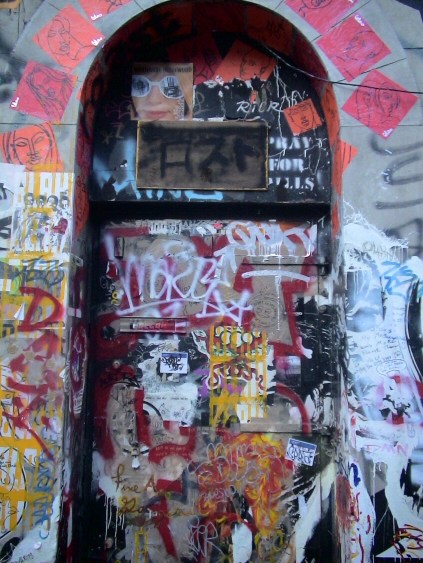 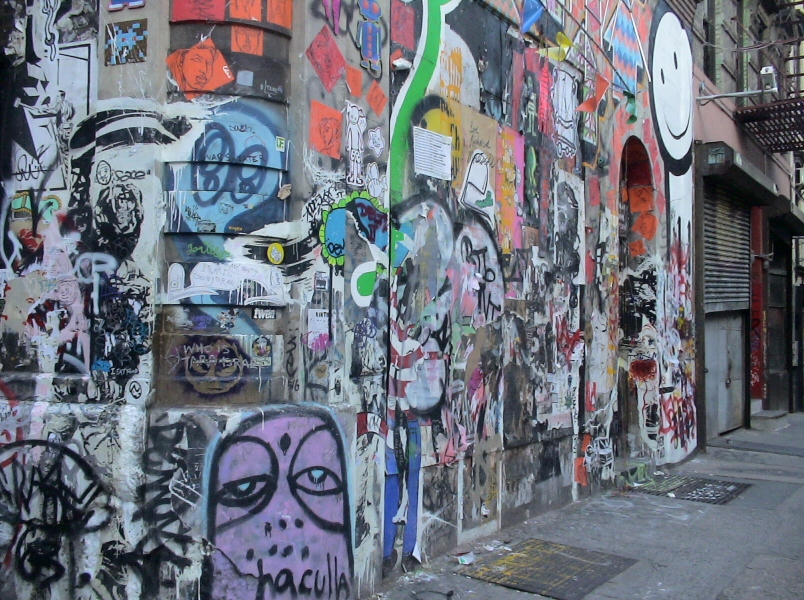 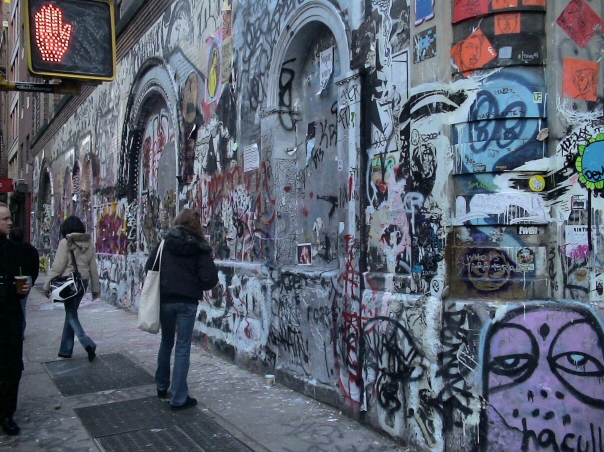 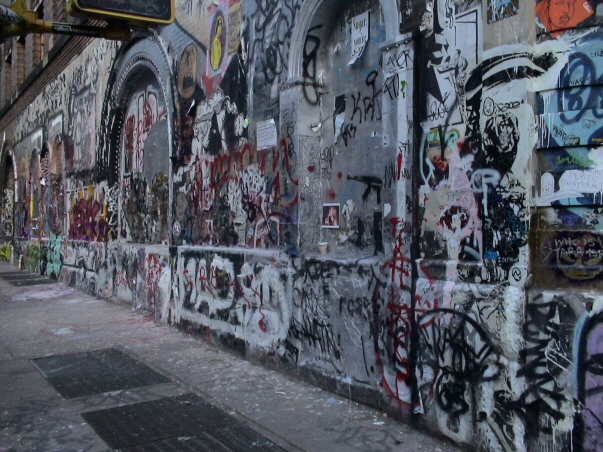 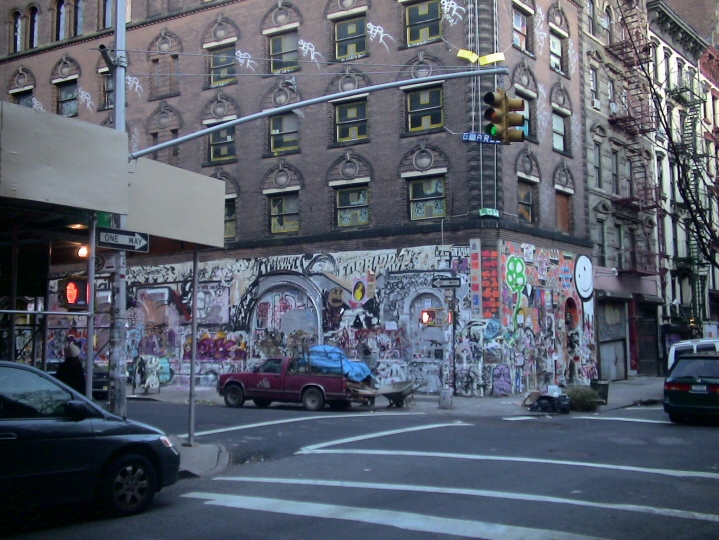 The pictures below were taken weeks earlier to those above — on the evening of December 20, 2006. 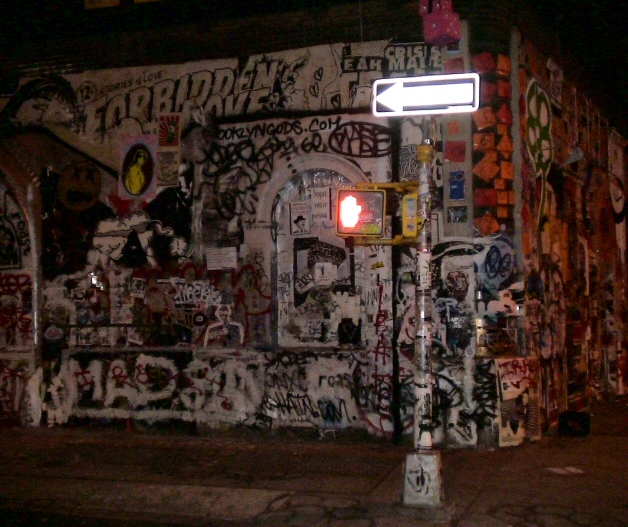 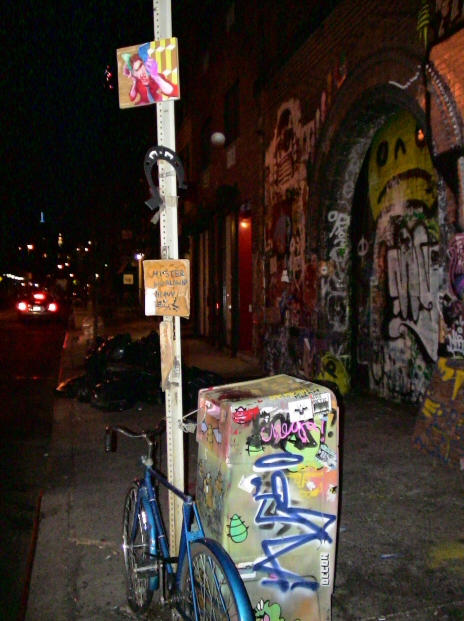 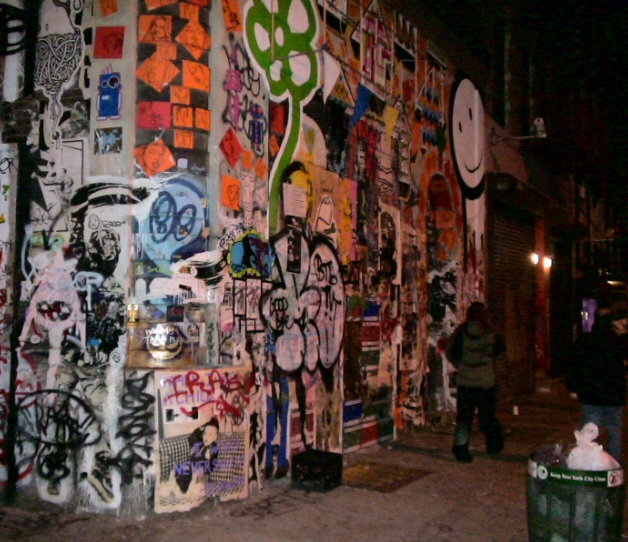 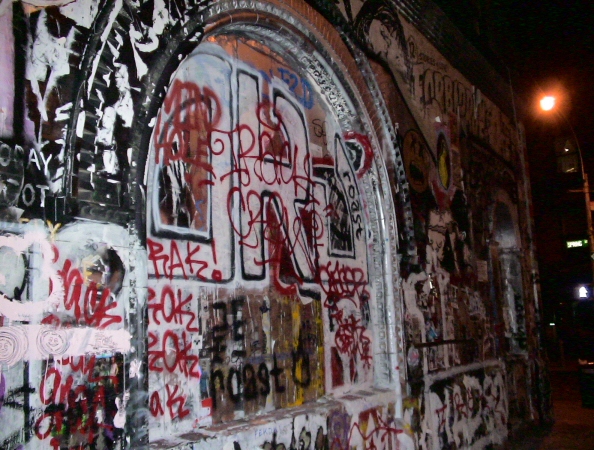 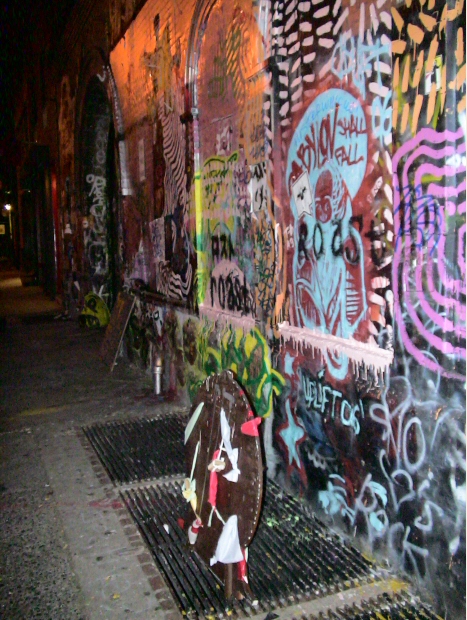 Candle building has been fully cleaned up and turned into condominiums. The pictures below were taken on January 23, 2009.  A tragedy? 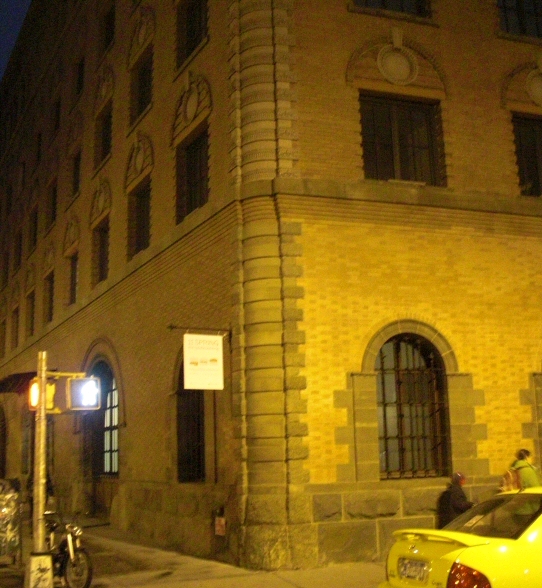